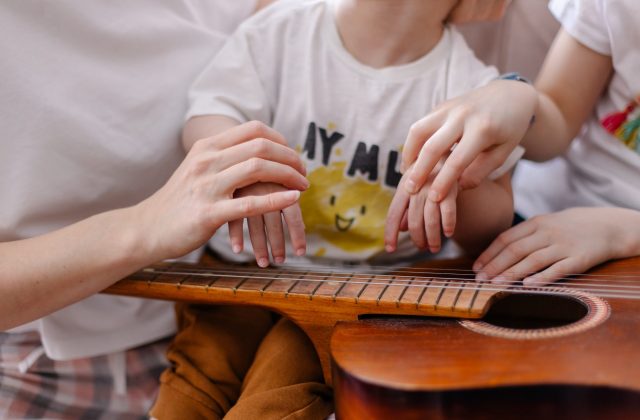 John is a 9-year-old autistic boy. He is non-verbal, quite isolated, finds it difficult to control his behaviour and struggles with changes. He is extremely aggressive, both towards his peers and staff members, but also towards himself. He often scratches and hits, as well as spits at his surroundings.

John’s home situation is overly complex; he is a single child, his parents are separated and the general feeling at home is stressful and tense, which affects his behaviour and mood. Lately, his class teacher noticed that he seems more anxious than usual; he became more aggressive in class, he had frequent toilet accidents, cried a lot and in general seemed unsettled. After speaking with mum, she found out that John has a new baby sister. John struggled very much with accepting the change of the new addition to the family.

As John is non-verbal and struggles to communicate his feelings, emotions, and frustrations, he acts out aggressively. This is his coping mechanism.

After trying different strategies to support John, his class teacher referred him to music therapy with the aims of supporting his emotional wellbeing and providing him an emotional outlet. It was hoped that due to the creative nature of music, music therapy would provide John a means of communication, without the need of speaking.

On our first session, John came to the music room accompanied by his personal support staff member. John seemed upset and was quite reluctant to participate with the musical activities I offered; I tried to sing some nice music and songs and to calm him down. John responded by breaking a beater and hitting me, then leaving the room and refusing to come back.

The following week we tried again, and like the first session, he presented with challenging behaviour, throwing instruments, and spitting.

I realised that I need to approach John in a different way and that I can’t impose my lovely music on him, and instead just to listen, follow and be with him.

For our third session I asked his support to stay in class and I accompanied John myself to the session. Then, with no instruments in the room beside a piano, I let John explore the room and just be there on his own terms. I sat on the floor and listened to John’s voice. Then I started to copy his vocalisations which caught his attention. We made eye contact and John came and sat next to me. We had a short musical intervention when John then spat on me, stood up and left the room. Although the ending to the session, I realised at that point that John and I started to form a relationship.

As our sessions progressed and developed, I started to gain more of John’s trust and gradually he increased his participation levels; he extended and varied his use of voice, singing more frequently and in different pitches and dynamics. John started to explore the piano, at first playing by himself but then inviting me to sit next to him and share the instrument with him.

Later, as he seemed more settled both in class and in the sessions, I introduced John to more instruments for him to play, such as guitar, drums, shakers and bells which he really seemed to enjoy.

Towards the end of our therapy together, John was more settled, and he presented less aggressive outbursts in class and at home. Staff mentioned that when John struggles, they remind him that he can use music to calm down, singing him some melodies and tunes from our sessions, which he then picks up and follows.

Music therapy has been beneficial for John. He found that music allows him to express and share his feelings and emotions, and that he doesn’t need to use verbal communication to communicate with his surroundings. Also, music therapy gives John the possibility to connect and form meaningful relationships, to be heard, acknowledged and valued, which for someone like John is a new experience.

If you would like to find out more about music therapy we'd love to hear from you.
Please complete the form below or give us a call.